Mt St Mary's Mission School is a private Catholic primary and secondary school, located in the Wedza District of the Mashonaland East Province of Zimbabwe. The school is located at the foot of Mt Rusunzwe.

The mission was established in 1954 by Father Beckenhoff, a German Jesuit who worked as a missionary in Wedza and other areas in Zimbabwe.

The primary school was established alongside the mission and a transition to a secondary school followed gradually.

The Jesuits, and later the Franciscans, ran the mission from its inception to 1994 before passing it on to the Roman Catholic Archdiocese of Harare under the control of Father William Makusha and subsequently Father Regis Chikuni and Father Chiduku.

The school has been one of the more competitive schools from Wedza and was the second school in the district to introduce GCE Advanced Level classes with the inception of management of business, accounting and geography classes in 2000.

Classes have expanded to include English literature and science subjects.

Athletics, basketball, chess, football, netball and volleyball are the main sports played by the school. The school's greatest accomplishment was winning the NASH Mashonaland East football tournament in 1989 and also a gold medal in chess by Liberty Butsu in 2012. Another notable achievement was the gold medal won by Tafara Magaya in Basketball at the National Championships in 2014. He was subsequently selected to represent Zimbabwe at the zone 6 regional championships in 2015 where he was awarded another gold medal.

The school is one of the affordable mission boarding schools in Zimbabwe. The fees charges are as follows: 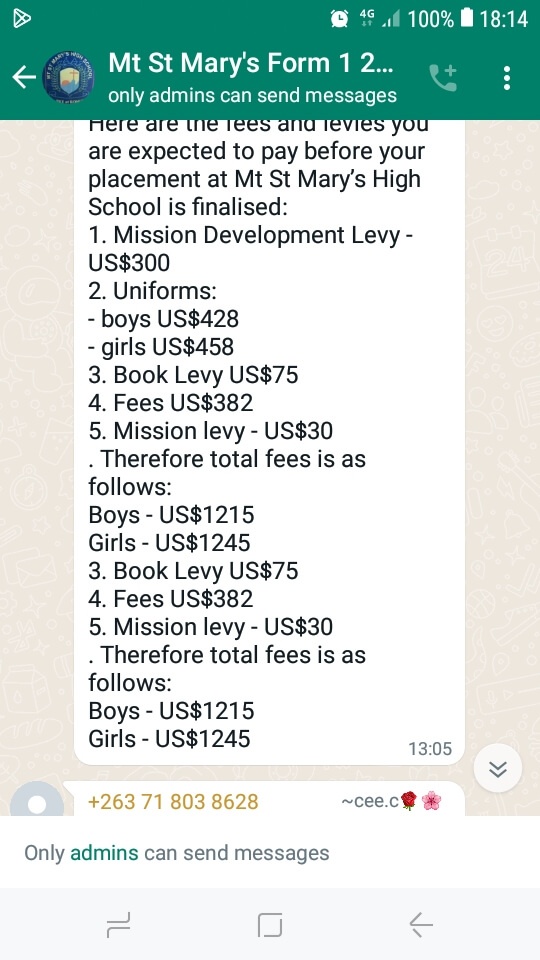 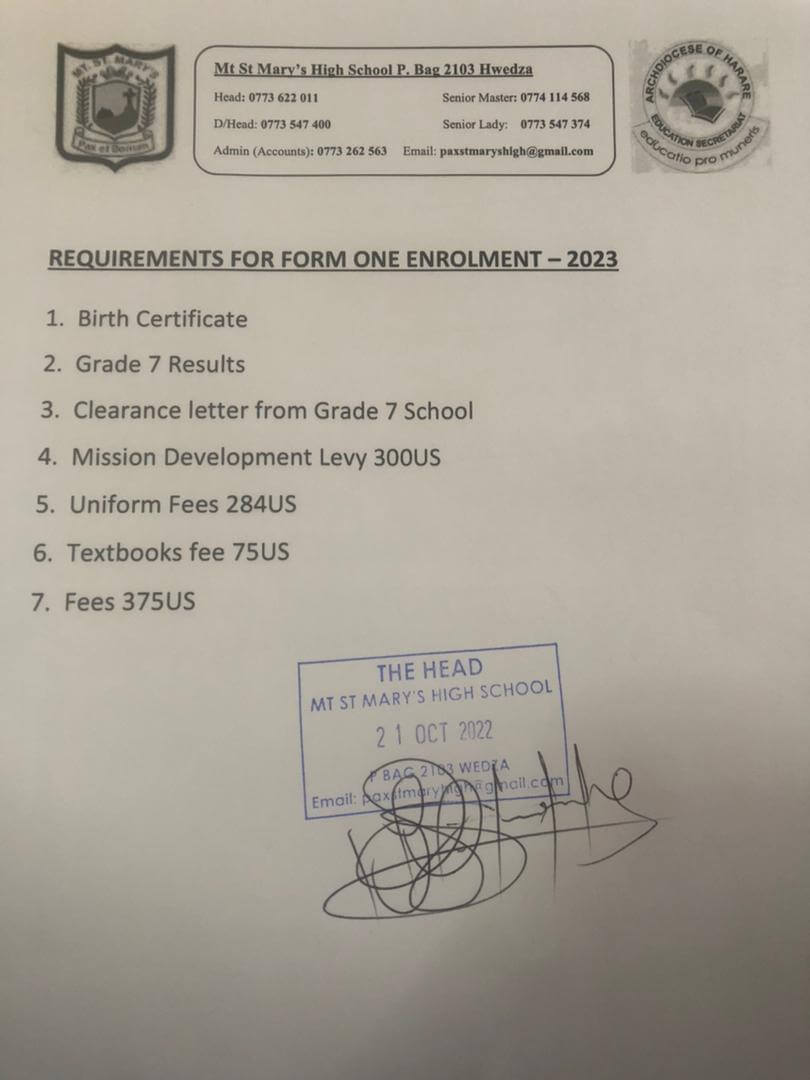